Last week I gave you an overview of Parallels Mac Management for SCCM, in this blog I want to look at one of the features that are added by the plugin.

First, let’s have a look at the deployment of software in this short blog.

Deployment of software via packages and programs

The current version of Parallels Mac Management for SCCM offers only software deployment via the packages and programs in Configuration Manager. In the next version, which is released later this year, the new Application Model will be also embraced.

Where the native Mac OS X support uses the wrapped CMMAC format, the Parallels plugin is able to use the native DMG and ISO files. In the command line you need to use the following syntax:

The <source_path> is the filename and path of a directory inside the package and the <destination_path> is the filename and path of a directory on the Mac OS X device. When referencing directories in an image file (DMZ or ISO), the source paths may contain the image filename, including the extension. Looking at above the following command line :firefox-30.0.dmg/Firefox.app:/Applications: will mount the firefox-30.0.dmg file to a temporary mount point and will copy the firefox.app to the Applications folder. Hopefully the adaption of the Application Model allows the detection of the right command line when adding an application to Configuration Manager 2012 R2. The same counts for a MAC OS X update provided as a DMG or ISO file.

When installing the software you are able initiate a reboot, do nothing or automatically logoff, also user interaction can be disabled if you like that. In other words, the features provided by deploying a package and program via Configuration Manager. 😉

Install or postpone the installation

Next time I will look at the Mac OS X Configuration Profiles. 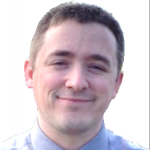 I’m trying out this product right now. To me it looks like the ability to deploy a .dmg file as an application with Parallels, is still not possible, is that correct?

Hi Rory, yeah via the Packages and Programs. The Application Model only supports cmmac files.