Today the Cumulative Update 5 for System Center 2012 SP1 Configuration Manager has been released. So if you did not already update your Configuration Manager 2012 environment to R2 you might want to check if there are bug fixes that you might want to fix. If you already have R2 installed, Cumulative Update 2 has been released a couple of weeks ago.

If you want to download Cumulative Update 5, do it here. 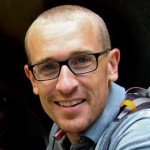 Hi Peter,
You forgot to write the client version at the end of your article. It’s blank 🙂

saw that one yeah. Thanks!